Who put red wine in my whiskey?


As it will be quite familiar, one of our current bottlings is stored on a French oak barrel that previously housed merlot wine. The effect is slightly vinous with hints of dried fruit and extra sweetness.

Whiskey aged or rounded on casks of more or less exotic origin has become increasingly widespread within the last 10-15 years. Today, whiskey is poured from one to the other into the third cask, all to create new flavors and recreate extra popular releases.


One can not blame anyone for thinking that the new variants are a marketing stunt to hold our attention, because it seems quite given. But it is by no means new.

On the quay in the town of Greenock, west of Glasgow at the mouth of the Clyde River, barrels of all kinds of goods were loaded around 1900, including rum from the Caribbean and sherry from Spain.

In the 1800s, large parts of Europe were affected by deforestation due to agriculture's growing need for arable land. Unlike the countries on the continent, first and foremost France, reforestation was not on the agenda in Scotland. For the same reason, the growing whiskey industry had to look for other sources to meet their need for wooden barrels. wine from Bordeaux, port wine from Portugal and rum from Jamaica on the quay in Aberdeen, Dundee, Glasgow and Leith.

When the first contents were drunk, the whiskey merchants took over and poured the distilleries' clear "new make" on the used ones. fade. The result was a selection of whiskeys that were as diverse in taste and aromas as the range of barrels.


Up through the 20th century, barrels from American Bourbon production take over the role of the favorite dish in Scotland. In 1935, a law was passed in the United States that Bourbon could only be stored in new barrels, and the many used barrels were pure guff for the Scottish distilleries.

After World War II, the barrels produced in large quantities are shipped. at the cooper workshops in Kentucky, in a gentle stream to the Scottish distilleries. Not only are the dishes relatively inexpensive. They are also fantastically suitable for maturing Scottish malt whiskey and for ensuring a consistent quality. 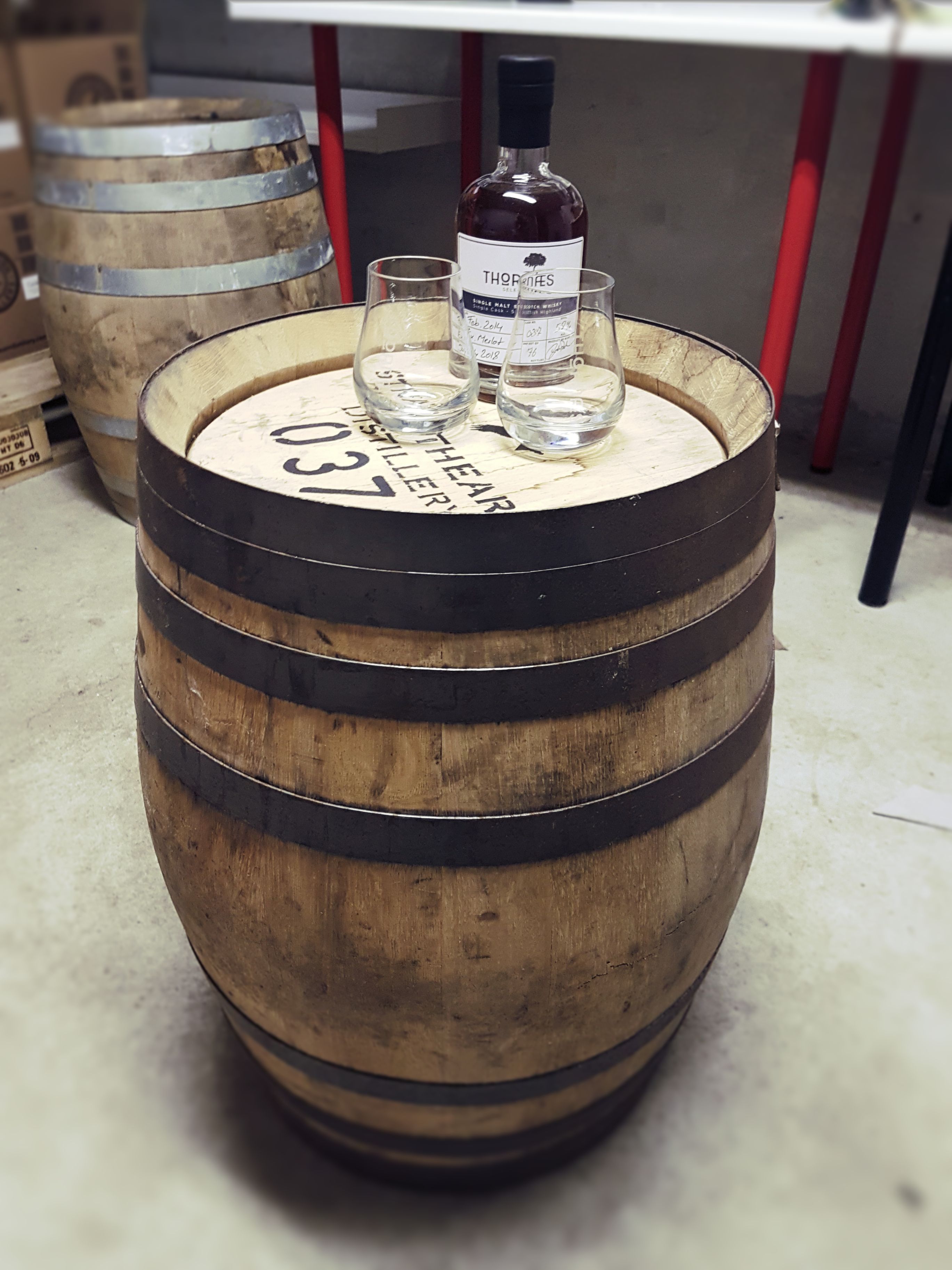 Our bottling 037 is matured on a French oak barrel that has previously contained merlot wine.

If we have to make our own rounding (!) on the story, then our ex merlot variant is not exactly a standard product in today's market.

Seen in a larger perspective, however, it is based on a tradition that goes much further back - all the way back to the time when the choice of whiskey barrel was most of all a practical challenge.

A new angle on the joys of the Christmas table

It all starts with a splash of water ...